The easiest way to organize your photos is to keep only the best photos. Do you have a hard time deciding which are the best? When you visit the zoo, or anyplace, there is one easy way to make sure that your photos will be keepers years from now, even if you aren’t a great photographer (which I am certainly not). 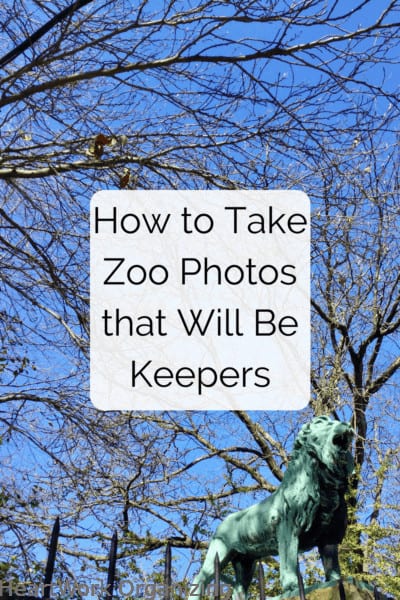 We usually take pictures of the view. We take photos of the beach, the mountains, or the animals we see at the zoo. It’s what’s in front of us, but not necessarily who we are with.

For your next outing, here’s the most important rule: Make sure each photo you take has one of your people in it! So simple.

It gets a little boring just placing your kids in front of the animals, so try these tips.

Look for an architectural detail to frame out your picture. Here, the flowering spring tree branches lead the eye from my kid to the bear in his pen. Admittedly, not a great picture of the bear, but one that I might keep of our fun, beautiful day. 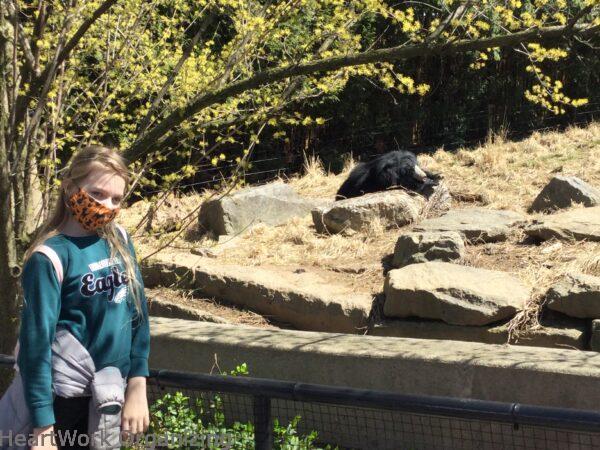 Have your child (or childish friend) mimic what the animal is doing, such as standing like the flamingos. 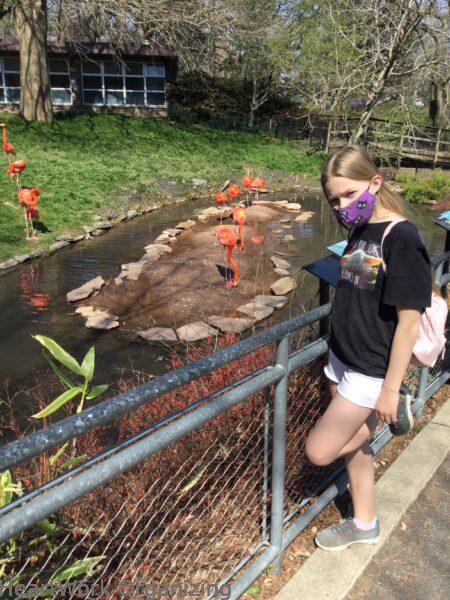 Once you have the shot, use your Apple Photos (or other system) edit features to crop in for an even better photo. A simple crop can remove strangers from the edges and instantly make a better photo that will likely be worth keeping. 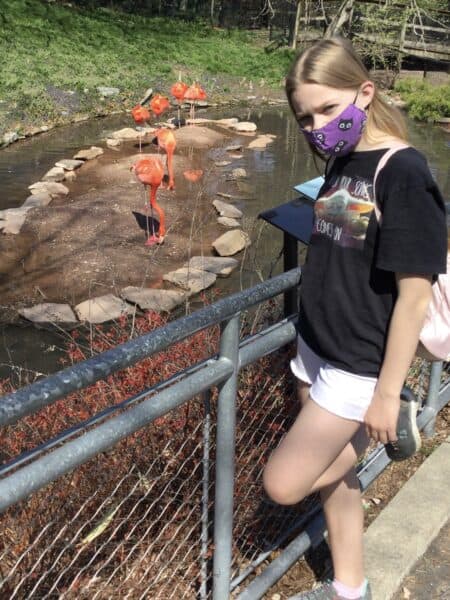 Have your kid “pet” the animals, using the same shenanigans people use to “hold up” the Leaning Tower of Pisa. 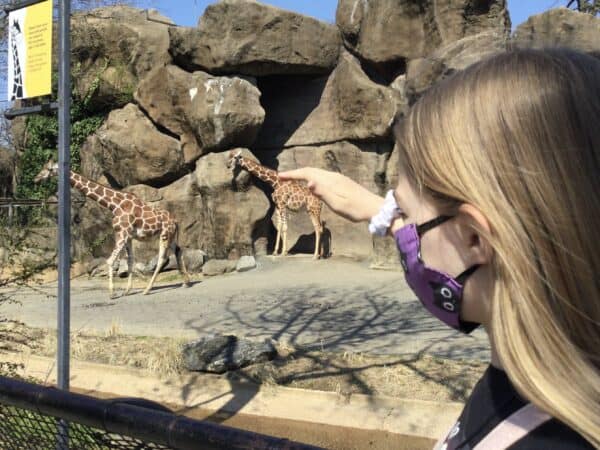 Or squeeze the zebras. 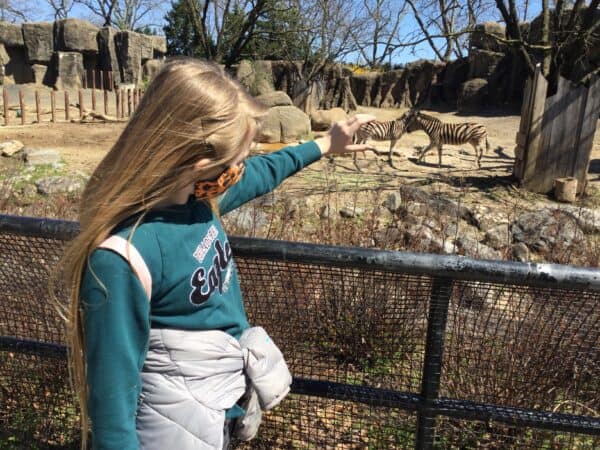 Don’t forget to take your selfie. The sun isn’t always on your side. We’re sporting masks, we’re squinting, and there’s a shadow on the right corner, but it’s still a decent picture of our time at the Philadelphia Zoo. Ten years from now I won’t be wondering which zoo. I’ll remember that day in 2021. 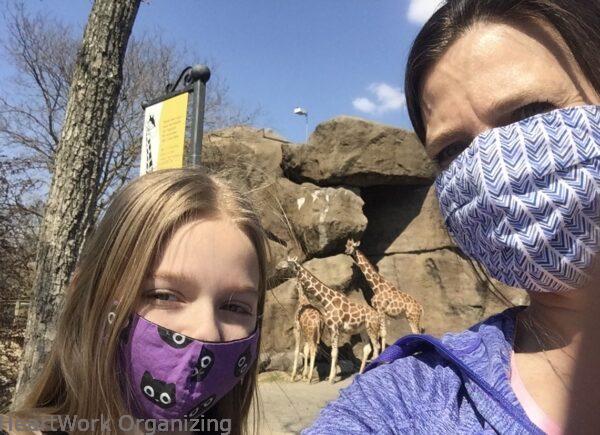 What Makes a Memory?

Twice, I overheard parents who were pushing strollers telling their own parents that they remember “a picture at home of me and my brother climbing that same statue.” It doesn’t take much to make a lasting memory. The statue means nothing. It’s the kids on the statue that give it meaning. 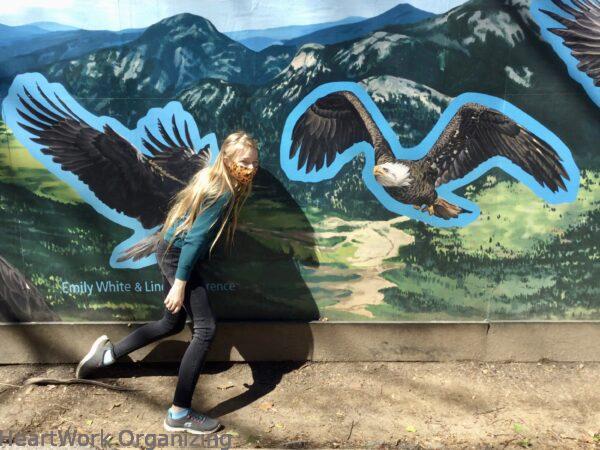 So don’t waste any more pixels on beautiful but lonely sunsets, lovely but solitary beaches, or random giraffes. Take pictures with your people in the shot, then crop them up close. I promise you, these are the shots that you will be glad to have in your photo collection 10 years from now.

Want more tips on photo organizing? Here are the five types of photos to throw away right now.

Have an iPhone? Here’s another killer tip that you need right now to take better pictures.

Take better pictures now, and have less to organize later.

Organizing Childhood Keepsakes and Art (Yours and Theirs)

Your Disks are Probably Dead