Fun fact: Did you know that when electricity first appeared in homes, every electric device was hard-wired to the wall? Lamps were stationary. You couldn’t just unplug it and move it to the other side of the room. We’ve come a long way, baby.

Cords, cables and wires present such aclutter problem for  homeowner for many reasons! 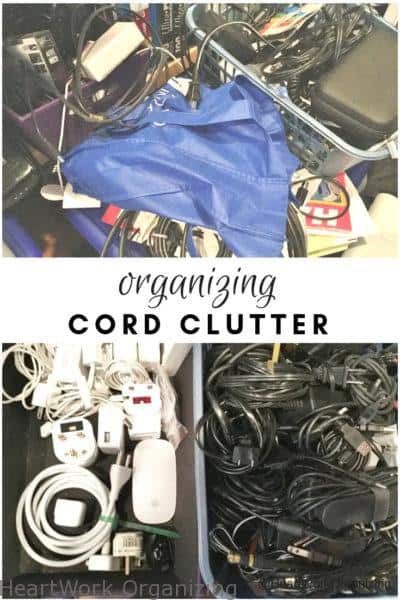 Cord clutter can cause tripping hazards for people. They can also be damaged by pets and pests, causing a fire hazard.

Too many cords plugged into one circuit can cause an electrical overload.

They can also become a cluttered mess, hard to clean, trapping household dust and allergens.

They can also become just plain clutter, as older electronics break and become obsolete. Many people keep old cords, not because they need them, but because they are afraid that they might pair with an electronic device that used to own, can’t find right now, and they might need someday.

Getting old data off old devices is somewhat of a mystery for many people, and so they sometimes keep old devices, hoping they can retrieve pictures and documents, but never quite getting to it.

The problem is getting worse. A third of Americans live in a household with three or more smartphones according to the Pew Research Center.

That same study says many Americans in all different income brackets have an average of 6 devices (laptops, computers, smartphones) in their household. Each one of those phones and devices often has more than one charger and cord. It’s common now to have a charger in the kitchen, living room, bedroom, and even the car.

And there are additional devices, everything from AppleTV to backup external hard drives (EHDs) to digital photo frames, high end coffee makers (which don’t always live in the kitchen anymore), fitness trackers, and the list goes on!

Homeowners can solve this problem by organizing, concealing, and/or replacing wires/cables using these tips.

Many devices, although not all, use a standard USB charging cable. Keep USB cords in one place, and use them to charge all devices. Instead of having three 6-foot cords in the kitchen, for example, you might only need one 2-foot cord, to charge many different devices, one after the other.

Eliminate the cord altogether. When possible, swap the corded charger for one that holds the device on the charger itself, like this device:

Where you have multiple devices, corral them into a single charging station, like this:

If that’s not stylish enough for you, DIY a charging station to suit your style, like this: or this:

Instead of allowing a rat’s nest of cords to collect in the corner, conceal them with a product like this:

When possible, incorporate the cord into the design.

One of my favorite solutions for cord clutter is WireMold. You can see how I use it here: 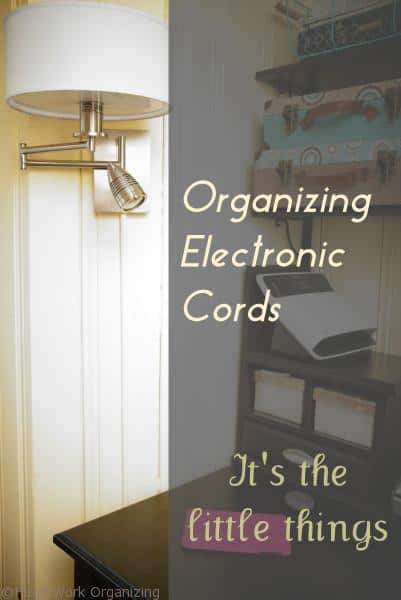 Another simple solution to control them and getting cords off the floor is 3M cord clips. You can often stick these on the back legs of furniture to get them out of sight lines.

Why waste your living space on cord clutter you don’t need?

Why risk losing cords you DO need in a rat’s nest of obsolete cords?

Why risk fire or electrical damage to your home when a few steps can keep you safe?

Many of the cord control solutions I’ve offered are about $10 or so. It’s an easy investment for a big return.

Still daunted by tackling a whole drawer or large basket of cords?  Here’s a step-by-step way to clear out cord clutter that’s been growing in a drawer or bin. 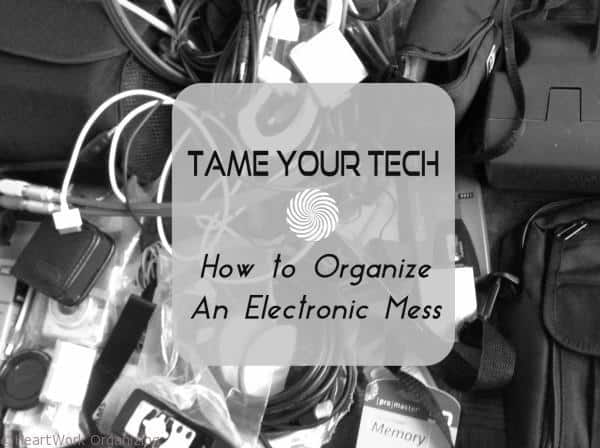 Already overwhelmed? You can start by just separating the white cords from the black cords. Often (but not always), the white cords belong to Apple products, and black cords don’t. It’s not a very clever system, but it is a system, nonetheless, fast and so satisfying! 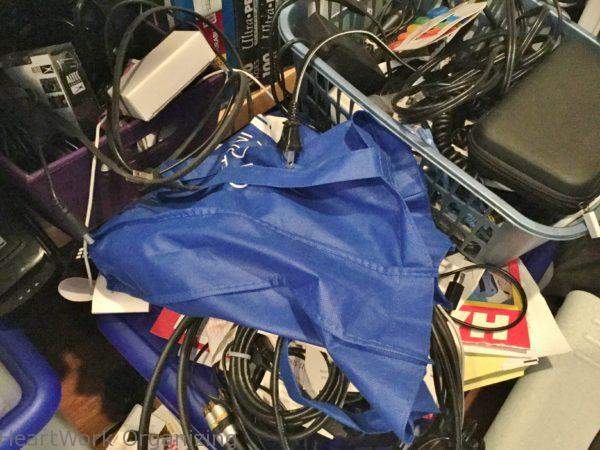 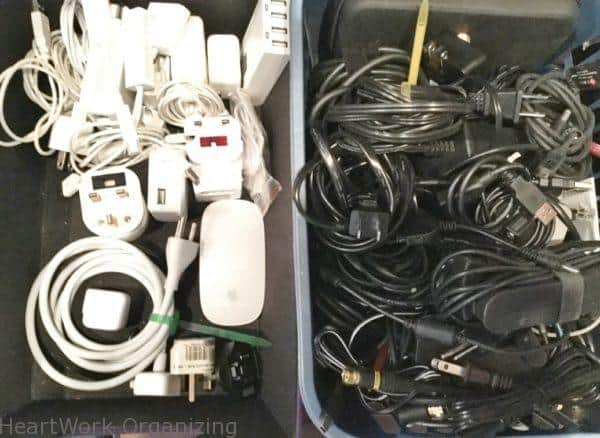 In Search of the Purfect Purse…Again

What Is a Clutter Support Group and Do I Need One?

Out With the Old…