Distill the story to only the lead idea. Prioritize. Select the most important and pursue it . Focus on the top ten percent. Forget minimalism, and embrace essentialism. This is the message of Greg McKeown’s book, Essentialism, the Disciplined Pursuit of Less. 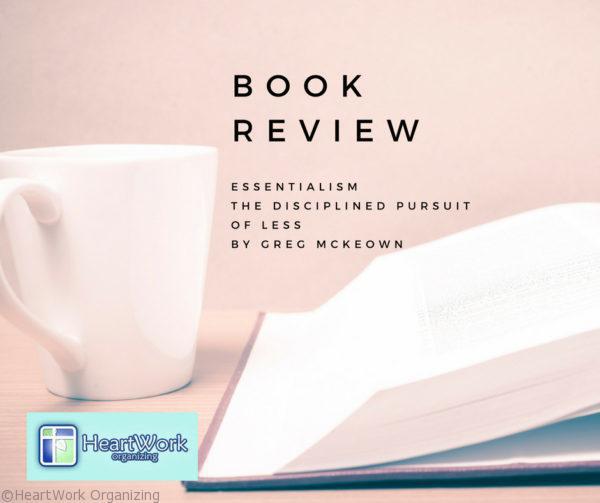 I’m writing this review while sitting in the library, one of the worst places I know for the pursuit of essentialism. Look at all the books! The ideas! The clubs! The opportunities! These options and interests are what make us human! Plus, I might be an information junkie. I might know a few, too.

Animals seek essentialism. Squirrels are masters at it. Ever tried to keep a squirrel out of your bird feeder? You might spend a half an hour each week trying to thwart him. The Squirrel? He is using every single waking moment to defeat you. Guess who wins? Every. Time.

And yet…we can’t deny that we can learn from the squirrel. Maybe most of us mere mortals aren’t built for pure essentialism, with an unflagging pursuit of essence, explore, eliminate, and execute as the four sections of this book lay out. (See what he did there with the alliteration?) Being singly focused all the time doesn’t work for all people. But is that what McKeown is after? Not really.

McKeown embraces living a life. He extols the virtues of sleep. He implores us to add play to our lives and business culture. He urges us to unplug. He makes the case that by making room for the essential facets of our lives, we will accomplish more, be better for it. Sounds like decluttering to me.

He introduces us to our old friend Vilifred Pareto, who separated the vital few from the trivial many. Maybe it was easier to identify the trivial many in the nineteenth century, when there wasn’t so much of everything. What has come to be known as the 80/20 rule is the key that unlocks the chains for many organizing and productivity clients in the 21st century.

Students of productivity books, articles and classes will recognize much of the content here, from the references to how to decide what stays in the closet while organizing, to the right to say no.

What really works here is the number of ways McKeown allows one to repoint, time and time again, to the question, what is the important question?

It’s normal for people to do something, call it done, and move on. McKeown gives us the right and the mandate to ask, again and again, in groups and by ourselves, what problem are we trying to solve? What is the question? Have I said no enough, so I am saying yes to the right thing? Am I clear on what the right thing is? Not just do I have the facts right, but am I telling the right story?

On page 73 & 74 he tells the story that Norah Ephron learned in a college journalism class. Asked to write the lead for a story about all school administrators heading to mandatory training at the state capital, students in the journalism class were asked to write the lead to the story. A jumble of who, what, where, when, and why were penned by the classmates. Norah, who went on to become a famous and celebrated screenwriter, learned how to write a lead that day, when the teacher revealed the best lead line ever: There Will Be No School Thursday.

Essentialism isn’t about paring down to white walls, empty calendars, and black and white choices, as one assumes is true of minimalism. McKeown gives us many tools, familiar, yes, but not less effective, for getting to the essential. 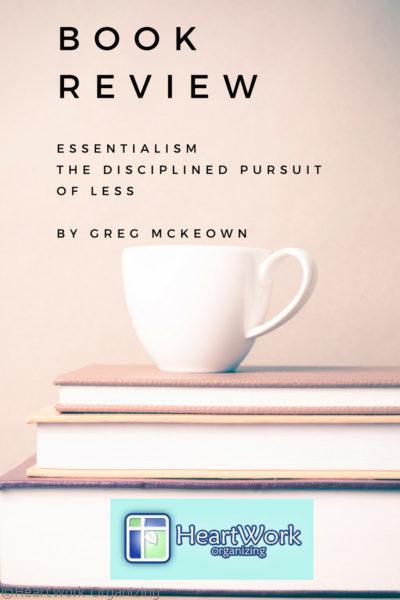 Should I file bank statements into the tax section or into a month folder?*

Reasons Not to Shop at the New KOP Container Store (Yet)