Looking for #organizinghacks? I love color, but white towels are the way to go. When all the towels are white, they can go in with my white laundry, cutting down on laundry loads, and who doesn’t want to save time on laundry? Also, it’s easy to tell when white towels need to be replaced. New white towels always mix well with the old white towels, which isn’t the case if you have colored towels.

What’s not so easy about them is keeping them really white. I’ve been looking for a fix for my current batch of not-so-white towels, and I’m sharing the results with you, even though they aren’t yet what I wanted. Sure, I could break out the bleach, but it’s really nasty stuff, smells awful, and always ruins whatever I’m wearing on laundry day. So what’s a girl to do and still keep it real? 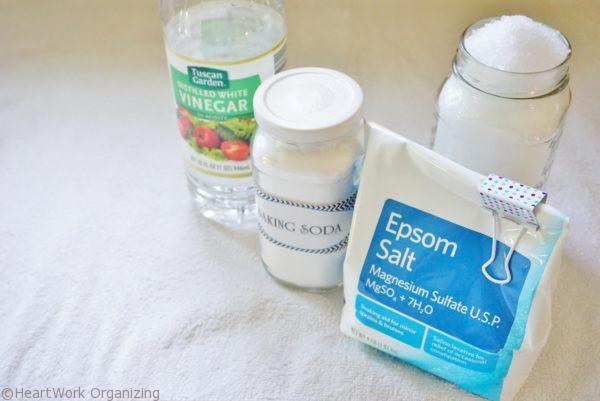 I found this article about how to naturally whiten towels. Brace yourself for the photo. I had a little pinkish stuff that had grown on one washcloth. Why only one, I couldn’t tell you. The towel on the right is just worn and darker from regular use. They are laying on a piece of printer paper, just to give you a baseline of what white really looks like, and I didn’t mess with the camera exposure, so you see a true before and after comparison. 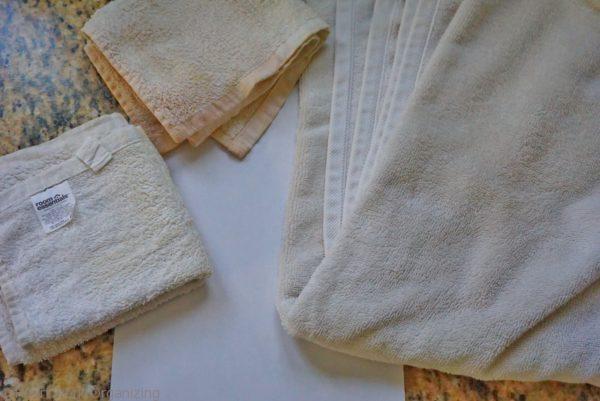 [ctt template=”4″ link=”xqQsZ” via=”no” ]Vinegar + baking soda cleans just about everything, even in the wash.[/ctt]

Vinegar and baking soda can clean just about everything, and I often substitute vinegar for fabric softener in my regular wash. Epsom salt is new to me, and I bought some just for this DIY whitening recipe. But after two washings on the stain cycle of my front loader, I honestly didn’t see that much of a difference. A little bit, but not much. 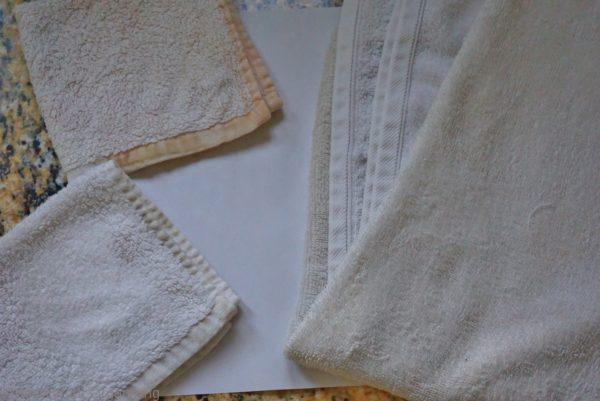 Part of my problem might be with the front-loader washer. In these models, there just isn’t a good way to soak a load, or at least I haven’t found one. In my old top loader, I would have stopped the load midway, added more cleaner, and let it soak overnight. So, what I did instead was to find a huge bowl, stick it inside the washer, fill it with the towels, half a bottle of peroxide, some more baking soda, and enough water to cover everything. I let that soak inside the washer for a few hours, before dumping it all in the drum and running it for a third time, this time with just regular laundry soap added.

At this point, I can see a difference, but I’m not sure if you can. One washcloth is still pinkish, and the big towel still has a slightly darker shade in the middle than on the edges, but all of the towels are definitely a brighter white, so this is a mixed result. 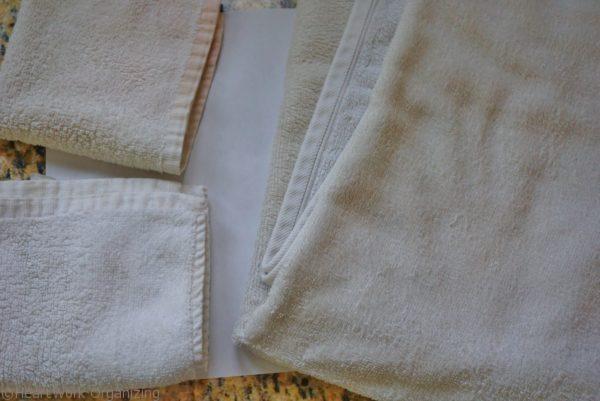 Here’s the before & after of my white towels, side by side. Better? Yes. Amazing? Not a chance. 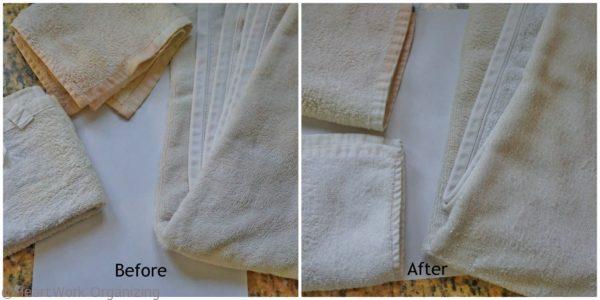 The next thing to try is sun bleaching. This works really, really well for certain kinds of stains, and not so well for others. You just lay out your white clothes in sunshine and hope the birds don’t poop on them. I suspect that because these aren’t fresh stains, sun bleaching isn’t going to get me very far. Perhaps I should have tried during the eclipse?

I should probably just start over with a whole new batch of white towels, and go through this Vinegar-Baking Soda-Epsom Salt soak once a month before they get worn in. But since these towels are still pretty fluffy, I wanted to do everything possible to revive them first.

I love having the answer to all things domestic (lol), but this one still stumps me. Do you have the same problem with your white towels? How do you keep your towels white? Pin this for later, and let me know how yours turns out. 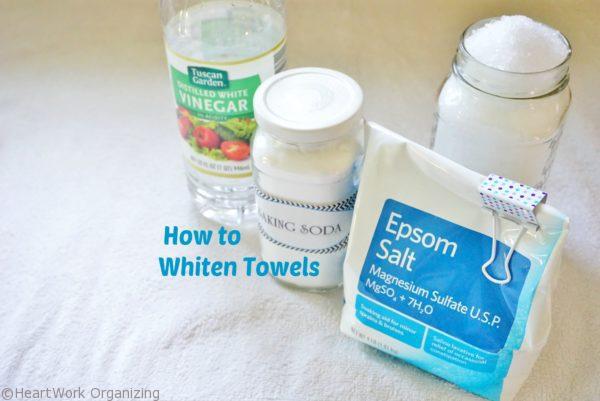 How to Clean a Stained Whiteboard

What the Heck is a Bugenberg?

How to Paint a Room Faster {HomeRight Giveaway}