A while back I showcased my organized freezer, but I somehow never got around to showing you how to organize a refrigerator. 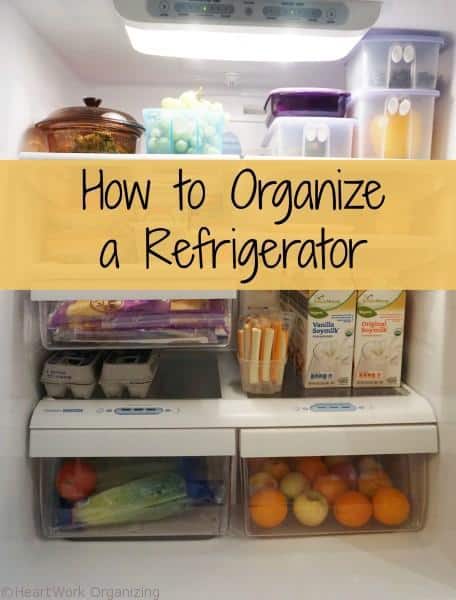 True story, my grandma is probably THE nicest person in the world, but her second claim to fame is a deadly refrigerator. Deadly, as in once or twice a year someone in the family will come and offer to toss out old food from the fridge, so there are no accidental trips to the emergency room. Even so, she’s been known to harbor salad dressings from the last decade. It just goes to prove, God didn’t give us all the same gifts!

Anyway, I don’t have time to clean or organize my refrigerator, so this is something that I kind of put on autopilot, and I never feel like it’s a very big job.

How to Organize a Refrigerator- Step 1

Eat all the food. The less that’s in the fridge, the less you have to move, toss, clean around, and organize. Whatever isn’t edible gets tossed. It’s not completely empty, but I kind of move everything over to one shelf rather than emptying it onto the counter. 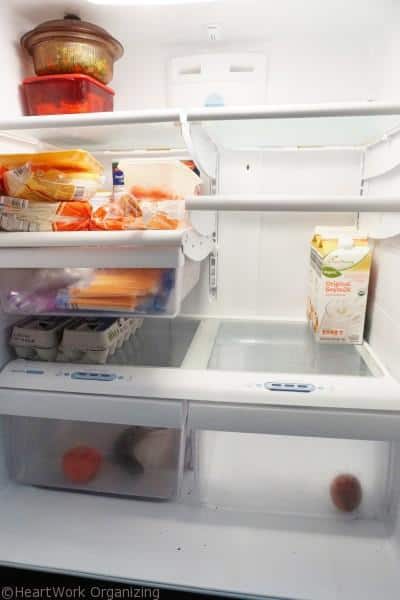 How to Organize a Refrigerator: Step 2

Wipe down the shelves and clean the veggie bins. I keep a bottle of vinegar and water on hand for this and other household chores. It’s safe for the kiddos, so I can see this being a chore that I’ll be handing off soon to my 8 year old. They LUUUUUV squirt bottles! 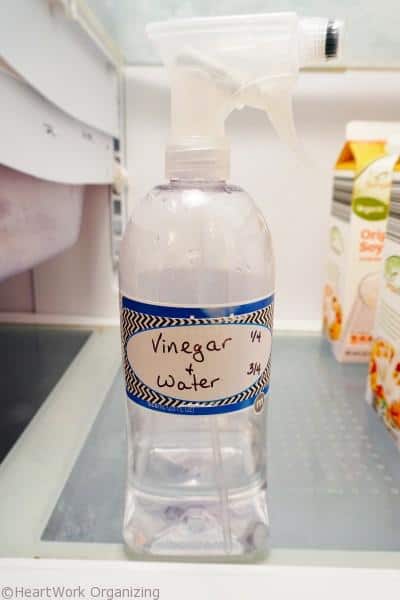 How to Organize a Refrigerator: Step 3

Wipe down the door bins. For some reason, I feel like this is the grimiest part of my fridge. It’s also where the out of date items hide. Optional: If I’m really motivated, I’ll wipe down the door seal. Experts say this needs to be done occasionally, but I’m mystified as to how crumbs make their way in there. 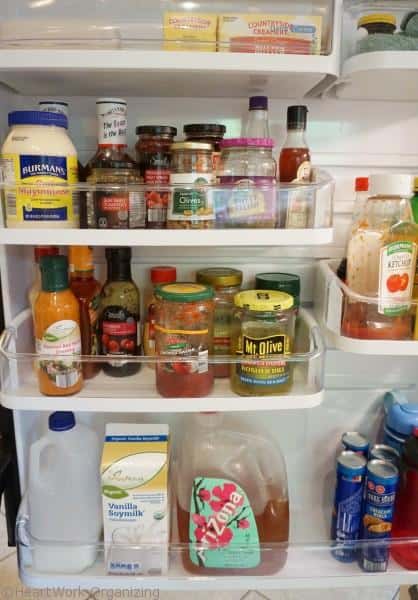 How to Organize a Refrigerator: Step 4 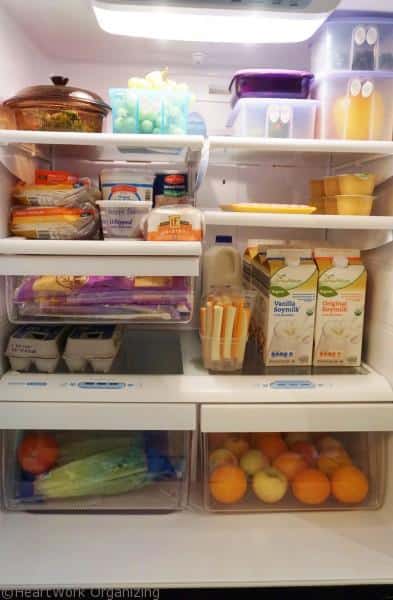 Full disclosure…I do not decorate the inside of my fridge. I know some people who do, but I have other things to do. The only fridge gadget that I have and love are the Tupperware FridgeSmart

bins shown at the top right. Used correctly, they increase the life of my produce and fruit by days and weeks, and I’ve had them for over ten years. Talk about saving money by staying organized!

I usually do this little eat leftovers- clean and organize the fridge- shop for groceries routine without thinking much about it, because it doesn’t take more than a couple of minutes for each step. It usually ends up happening sometime around the first of the month, and ends up being part of my first of the month organizing routines.

What about you? Do you have a favorite way you like to Organize a Refrigerator?

Home Features that are Overlooked but are Worth It

Contest Winner: Julie in Havertown won over $500 in organizing goodies!