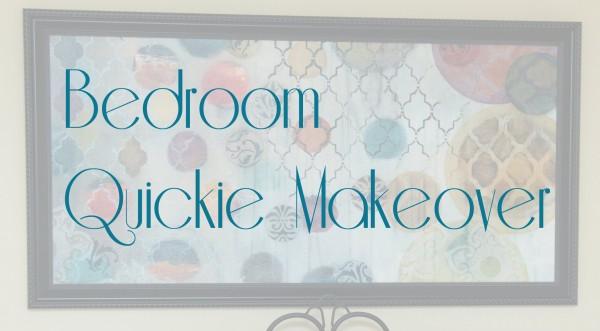 How much can you change in a couple of hours? Quite a lot, it turns out, like this bedroom makeover in just two hours (most of it spent ironing, to be honest).

It all started with this artwork from HomeGoods. Trellis patterns are kind of my thing. OK, really my thing right now. And I love color. That should really be my personal tagline. And it set me back less than $50. We have the trifecta, folks. But as you can see, it sat unused and unloved for more months than I want to admit. 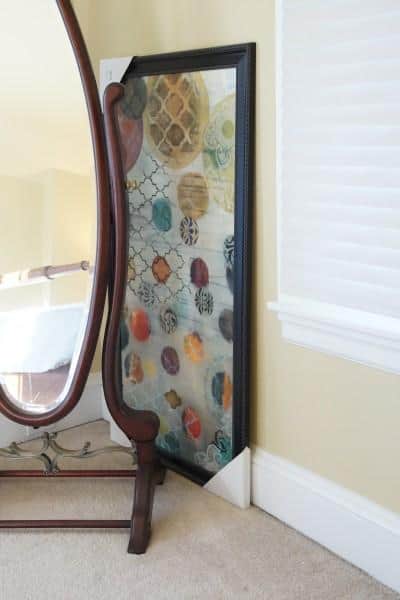 I wanted new bedding to go with the new art, but I’ve gotten very fond of our very calm, zen-like bedroom. And I’m rather fond of duvets, since they are much easier to launder than entire king-sized quilts. So the hunt was on for months, until I found this: 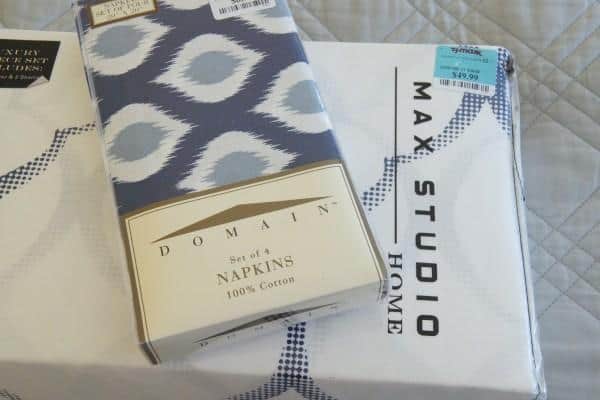 Oh, yeah, the napkins? Well, I’m a wacky designer, so anything goes. What I had in mind was remaking a pillow that was past it’s prime in another room: 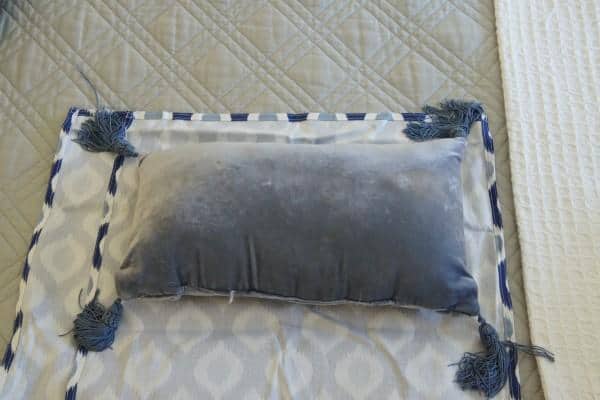 So, a day came when I had more energy than good sense, the kids were behaving, and maybe I had a bit of chocolate to fuel me through the afternoon. I thought I would need two napkins, but just one covered the body of the pillow perfectly, so I quick dragged out the sewing machine, chopped off the corner tassels, and made it happen. 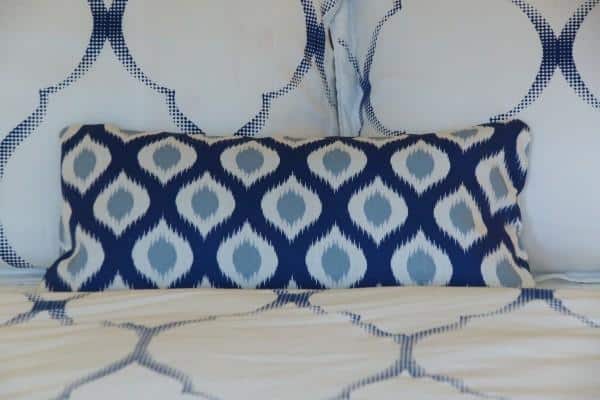 Then  I ironed the duvet, which I normally would not do, but since I invited you in for this makeover, I thought I’d give you the royal treatment. The ironing took HALF of the project time. Hanging the art, the genesis of this whole project, only took a few minutes.

The other big change was eighty-sixing the bedskirt. I’ve had this bedskirt from a previous bedding set for waaaaay too many years, and it was never the right thing for this freakishly high bed. 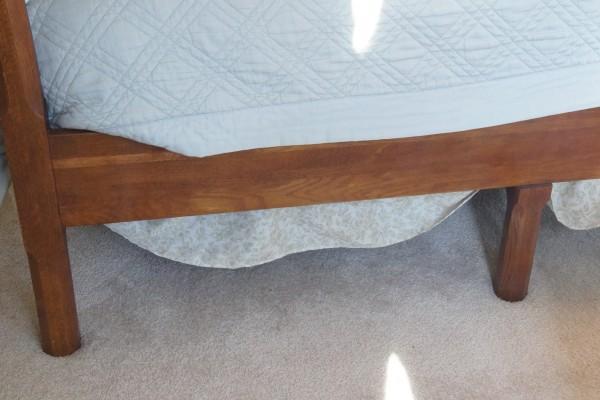 I really just wanted a clean look, accomplished by not storing anything under the bed, and removing the skirt. 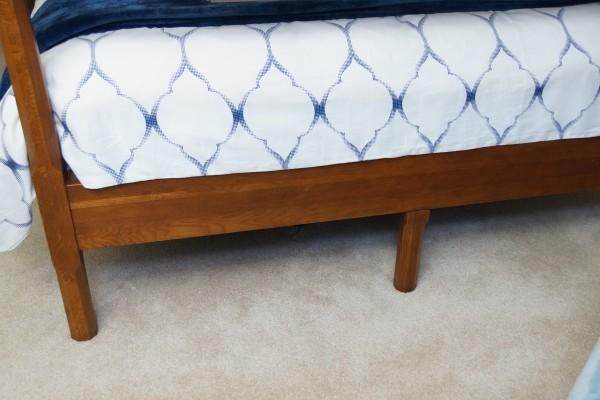 I already had a super soft blue blanket that I hadn’t been able to work into the decor yet. It was one of those things that I HAD TO HAVE after touching it, it was that soft.

Ready for the big reveal? Here’s the before, with afternoon light landing on the foot rail: 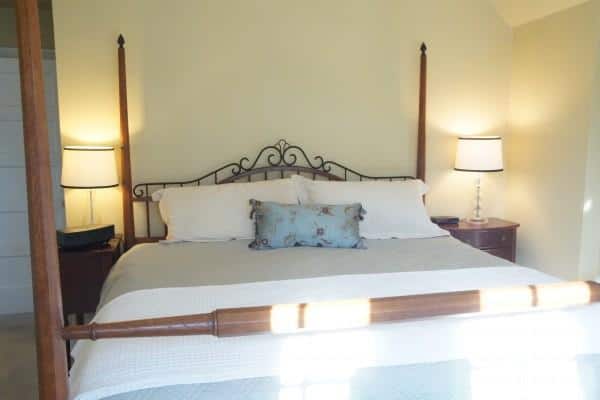 And here’s the update: 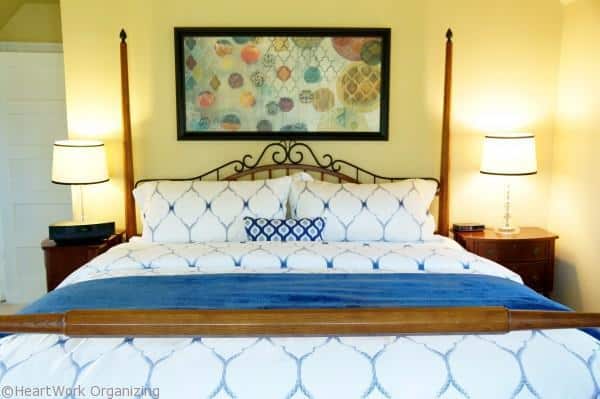 Still pretty fresh, clean and light, but with a tad more color, and at a price that’s easy to live with.

What do you think? Are you inspired to try a bedroom quickie makeover of your own?

By the way, if you are new to the site, or somehow missed them, check out all of my giveaways going on.

Lighting Updates at Home For Winter