It’s a tough job, but someone has to do it. When I was invited to the Hearst Tower in New York City to organize play with the 2013 Hot Toys, I didn’t hesitate. 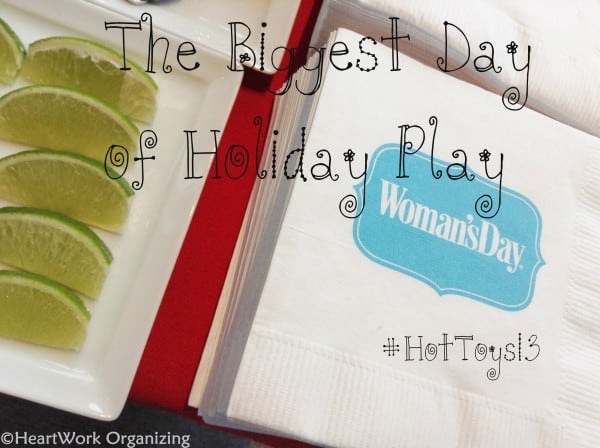 Now, I know you are thinking, “Hey, I have too many toys that I can’t keep them all organized now!” But the fact is:

a. Some toys really are cooler than others and,

b. Grandparents are going to buy toys, so you might as well hint at the ones you really want junior to have anyway!

The folks at The Toy Insider (which is available in the November Woman’s Day November issue, already in stores) spend all year playing with and rating toys. They distill their picks down to a select 20 Hot Toys and the Tech 12.

At this event we were greeted by Elmo, who is always a hot toy. I was pretty amazed how adorable the Playskool Sesame Street Big Hugs Elmo is. We won’t be getting this, since we have two (three?) Elmo’s already, but if you are sans-Elmo, go for it. It is captivating how interactive his voice and actions are. You’re probably seeing the TV commercial these days and, yes, he really is that cute. 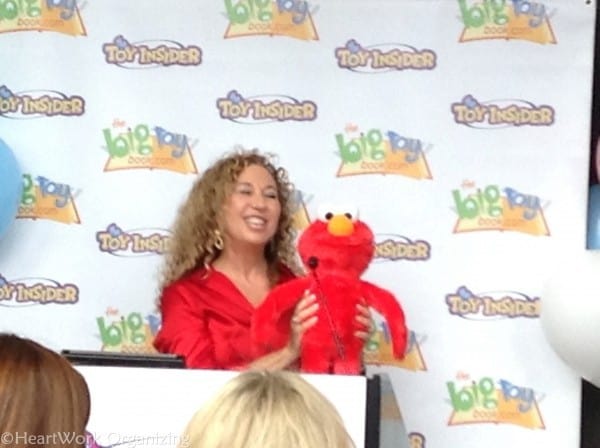 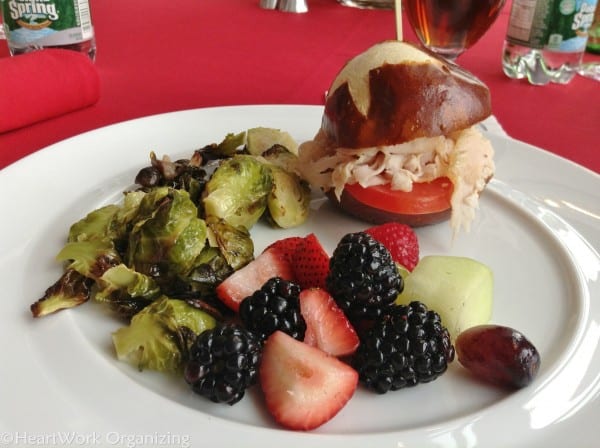 And the toys were plentiful. I can’t believe I spotted Barbie right off. Now, let’s be clear, I am not fond of Barbie. Not one bit. But my girls worship her unnaturally tiny feet. They don’t yet know that she has a kit of 290 Mega Bloks pieces allowing them to create a stage that features 3 songs, real lights that flash to the beat of the music, a spinning elevator, and 3 Barbie dolls. At least I can appreciate the engineering aspect of this Mega Bloks Inc Mega Bloks – Barbie – Build ‘n Play Super Star Stage set. I’m in trouble. 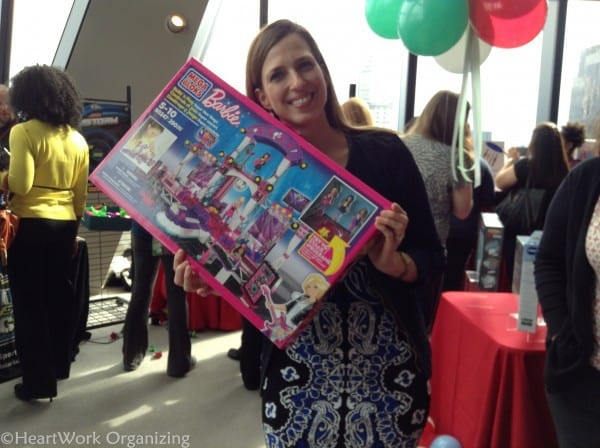 What really amazed me was the level of tech integration into this year’s hot toys. They are robotic, intelligent, lit up, and connected with apps. If you are a grandparent or a cool aunt, you want to look for the plugged in aspect of any toy. There are tablets that are kid-safe and loads of fun, just like mommy and daddy’s much more expensive iPad. I wasn’t impressed with this LeapFrog LeapPad Ultra Kids’ Learning Tablet…until they told me it has wi-fi with security controls AND you can use all the older model cartridges with it. Backward integration in the toy market? Now that’s value! 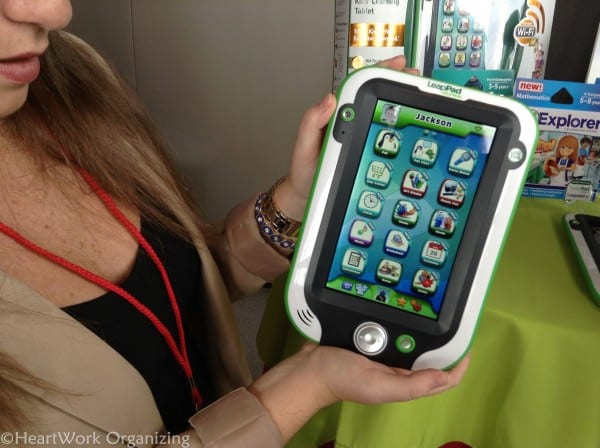 There are familiar action figures that become virtual characters in online games with just a swipe of the toy over the iPad. Characters translate seamlessly between the real world and the virtual one. It was actually kind of shocking to see these Angry Birds Star Wars Telepods Star Destroyer Set toys in action, and I do mean in action! 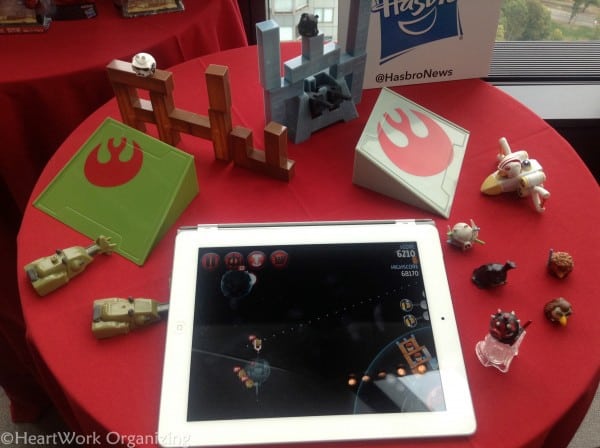 There’s an irresistible Disney Princess Ultimate Dream Castle that transports a little person with Disney magic right into their favorite princess games and rooms with just the swipe of a nearby iPad or Android. 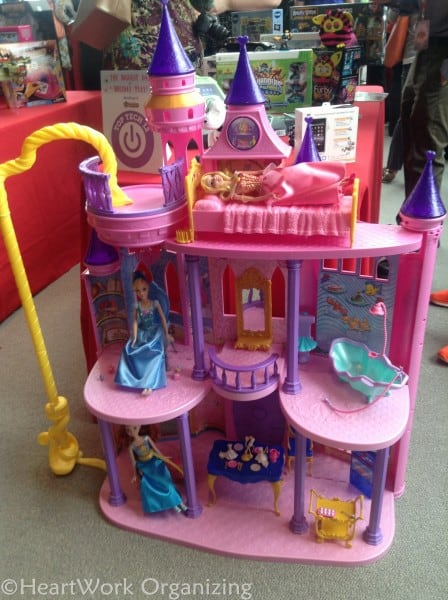 One toy I can’t stop thinking about is the Flutterbye Flying Fairy. You have to check out this short video for the Flutterbye Fairies. (I can’t get the embed to work, so just click on the link , and then tell me if you dream of flying tonight.) 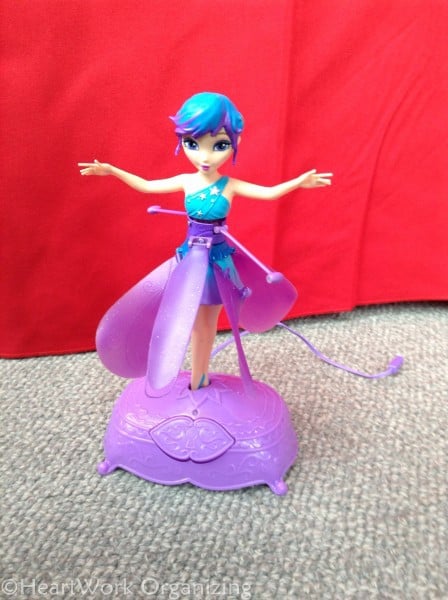 Now, remember, I have girls, and they are really into princesses, despite my best intention to broaden their horizons. But I did play with the Ninja Turtles and the totally fun Zing Air Storm Z Tek Bow. Actually, I’m thinking this bow and arrow could be the start of a whole new parenting approach for me. 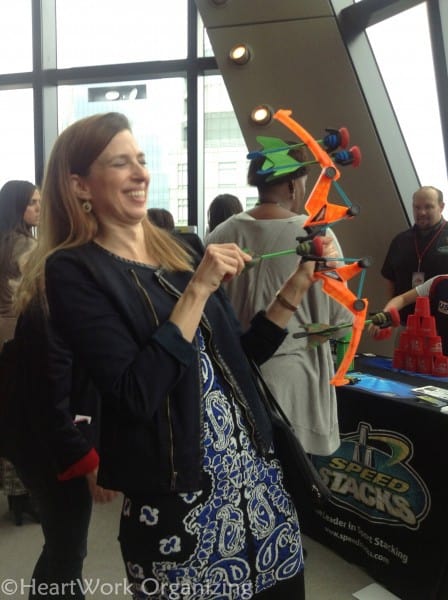 I could go on, but you’re just going to have to get your hands on The Toy Insider in the November Woman’s Day. They did all the hard work to highlight great toys for kids zero through teens, so it is definitely worth checking out.

One thing I can tell you, I can honestly say that if you follow the age guidelines and you know your kids’ interest, these hot toys will be winners with your kids and will not be clutter. I didn’t get to play with everything there, but everything I did play with would be more than a 5-minute toy with my girls. Isn’t that what you want in your gifts?

Oh, and if you’re already stressing about the toy clutter, start now, and hide one toy a week from now till Christmas. If they haven’t asked for those toys in the next 8 weeks, you can probably donate it without too much drama. As you can see from this post, you’re going to want to make room for the new stuff.

I really appreciate the chance to review these 2013 Hot Toys provided by Joey Fortman of Real Mom Media, Woman’s Day, and the Toy Book. I was provided with lunch and some toys, but am happy to give you my own candid opinions. Affiliate links are included in this post.

Changes Have Been Made

Why and How to Organize your Freezer

No Place to Go but Up: Home Office Shelves

Is it Better To Consign or Donate? The Economics of Purging