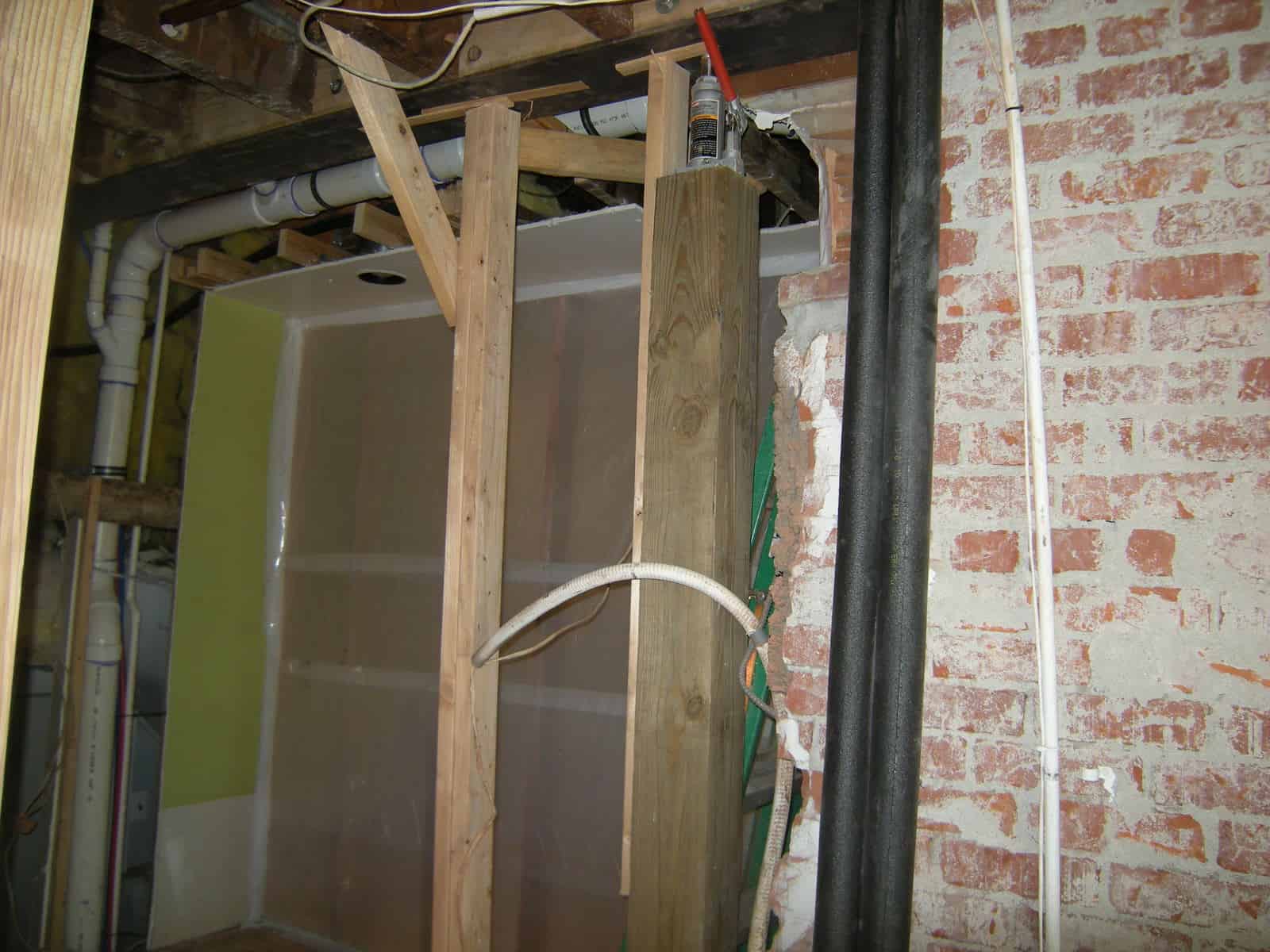 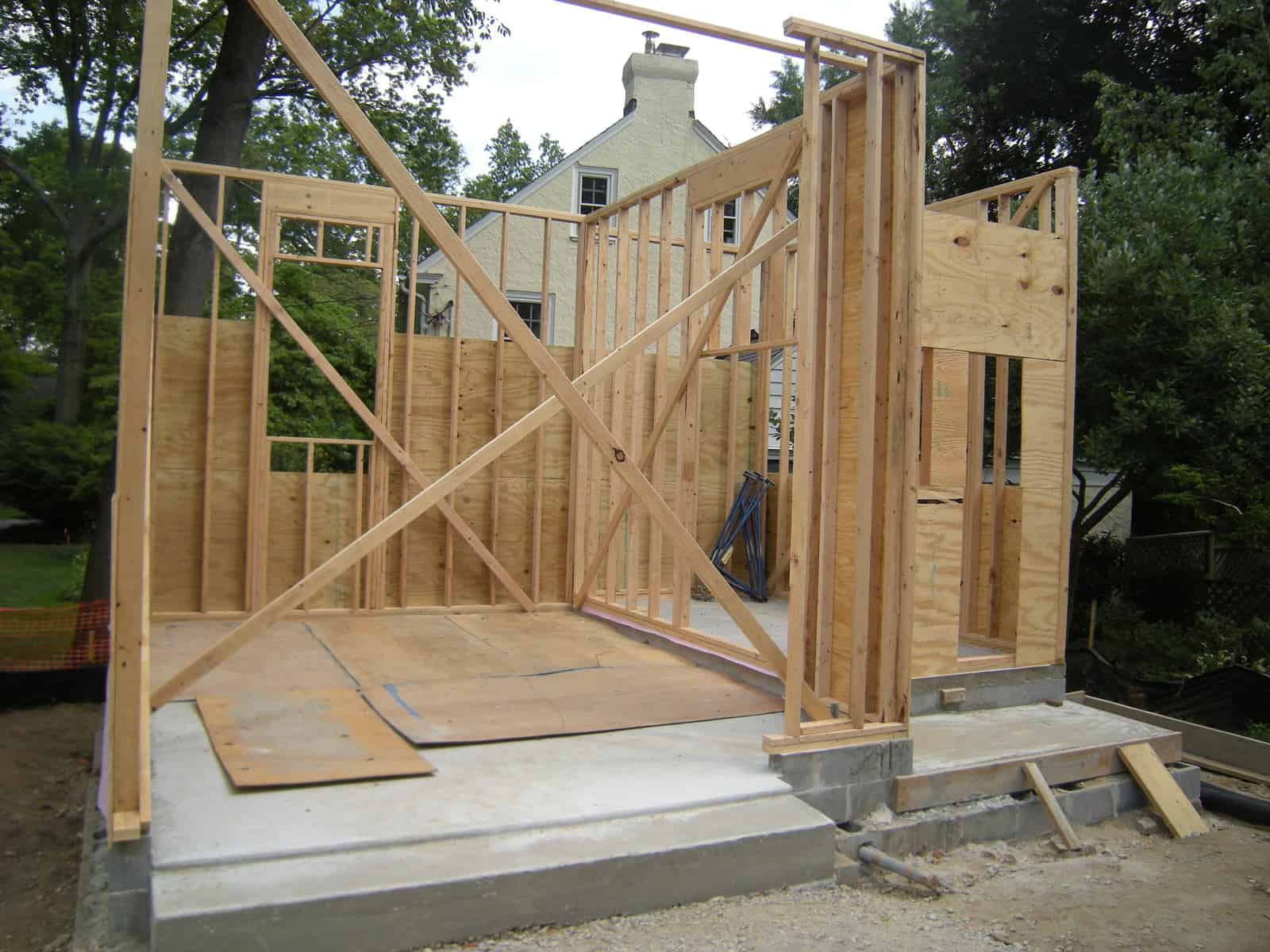 Framing on the outside…

M & J were getting the heck out of Dodge, and for good reason.  While the garage structure was starting to rise up from the landscape, some pretty heavy work was going on inside.  The garage, which had previously been a functional but not pretty space, had been home to overhead water, waste, and HVAC lines. And once demo started, two additional pipes for the hot water heating system were discovered in the walls that also had to be moved out of the way.  In order to create an open space from the main house to the garage cum family room, all of these mechanical services had to be disabled and rerouted.

So summer vacation for the family was strategically planned as a demo work week for the trades.  The family kept tabs on what was going on back at the ranch by checking in.  And only three weeks in to the project, they needed to keep tabs.  Before they left, they got word from the project engineer that not one, but two areas of the project had to be framed out in steel beams, which was not in the original plan.  That added cost and complexity to the project, but so it goes.   Their written contract was a garden variety, which means that this added cost was something that had to be borne by the homeowner.  Unfortunately, at this stage, abandoning the project isn’t an option, and safety and codes required the change.

Did I mention that basement steps, previously leading off from the inside of the garage, are going to have to demolished?  This is where, for me, this project really departs from the norm.  Although it’s done all the time, I think of moving a staircase as heavy duty construction.  I’ll be interested to see where the new staircase end up, and whether M&J make use of a found void to create some additional storage.  Contractors will neatly close up a space like this, but I see any couple of feet as a potential storage cubby.  To quote J, “I think every project has some changes that were unexpected, so it is good to have some funds set aside for new situations. ”  Collective wisdom: plan for 25% more time and 25% more money than your contract calls for.

When M& J return, their existing 3′ doorway to the garage will become a gaping 10′ opening from their kitchen to the garage, and their breakfast nook will, at least for a time, be completely gone behind the dust tarp, which will be all that separates the two spaces.  I can’t wait!

Garage As Still Life: What to Do in the Downtime

Is This Your Dream Garage?